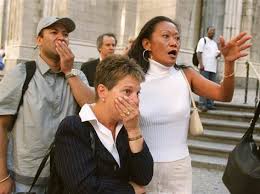 WARNING: DISTURBING REAL IMAGES OF SEPTEMBER 11
Out of respect for what real men and women endured, I thought real photos were a necessity. Please take care to avoid this if you need to.... 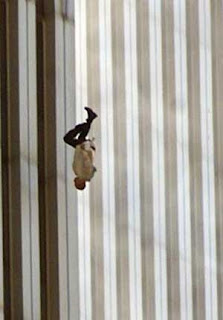 I'll never forget the first body I saw fall through the air. It seemed suspended in air, suspended in time... as I sat staring in suspended disbelief. 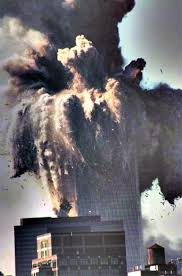 I'll never forget the first of the twin towers falling. The sheer enormity of the weight of it. Every cell in my body whispering: "this can't be happening". Every part of me wishing that the scene would stop, the hero would fly overhead, the movie would role credits.


This can't be real, I thought. And yet it was.

September 11, 2001 was a day where tragedy heaped upon tragedy... each moment seeming more unspeakable until heartbreak couldn't describe it.

That was the first lesson of September 11 for me: that indescribably horrific things can happen to people who don't deserve it. That cruelty and hatred and rage can become so murderous... that it can take thousands of innocent people with it.

Oh sure, I've read history books. I stay informed on current events. This was not new information intellectually. But it was new information in my heart: the pure powerlessness of watching people fall to their deaths, watching people crash to the ground with a 1500 foot building, watching people run screaming from the bomb-like cloud of debris and fire. The pure powerlessness that my gasp, my horror, my tears, my cries... could do not one thing to stop the terrible events unfolding in front of me. That is a lesson of the heart. And it was a horribly bitter one to swallow. 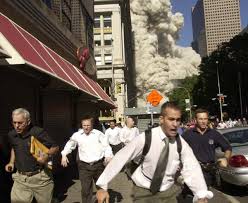 But that wasn't all I learned that day. Freeze that frame. Look again. You see, September 11 will be a day frozen in my mind. But when it plays in my mind- it includes the worst and the best of humanity. The cruelty and the compassion, the cowardly and the brave. What a moment: the stark contrast of the murder of innocents... against the dignity of caring for another before your own survival. And it is my belief in the "better self" that keeps propelling me forward.

Because if all I learned that day- was sheer powerlessness in the face of hate... then I would have only learned the lesson taught by the few. But if I honor the courage and the compassion... then I honor the lessons of the many. And how beautiful they are. 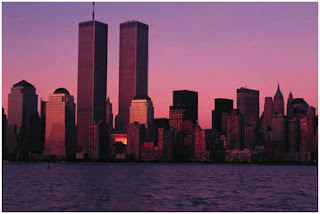