I mean, don't get me wrong. They can be a terrific pain in the ass. But I still love them.

They have this way about them. Everything matters so much. They take life and its meaning seriously and they ponder their place among the world with such deep focus.


This is, of course, also why they are difficult for adults. But isn't it often the case that our greatest strength is our greatest annoying trait?.... No? Just me then.

There are neurological and evolutionary reasons why teenagers are that way. But I think there's something more than that. They have permission, in a way adults don't, to be lost. We all expect it of them. We tell them "it's okay, you don't have to know that yet" and so they throw themselves head first into the abyss of unknowing.

Somewhere along the way we lose our tolerance for that. When an adult, tears streaming down their face, confides that they are lost they are most likely to be given platitudes and a kind version of "suck it up". Their window has passed without warning. They should know now.

And so we adults get weird; because we do get lost, but we aren't supposed to get lost. And so we hide it instead. 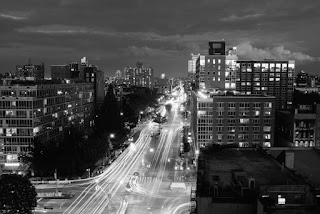 We throw ourselves into identifiers that don't quite fit. We build our world around other people, leaving no room for our own person. We build our image around a job, or a role. We use things to cope (caffeine, alcohol, shopping, sex, food...) because the truth is, we get lost. But we aren't supposed to.

So I love my teens. They drape themselves dramatically across my furniture, raging at their friends, their teachers, their life... and they fully just go there in a way we don't. And while I don't really recommend that we all act like teenagers, I do think they're on to something. Because you know what happens the day after you boldly confess just how lost you are? You get back up and keep looking. Only now you know you're not alone. And that makes all the difference. Because knowing you aren't lost and alone makes all the difference.

Let's be lost sometimes... but together,