Today I took a blogging challenge, to answer the question: "What's It Like Parenting Tweens and Teens?"
My first responses were things along the lines of:
- Ever been sucker-punched in the gut? Then hugged? Then kicked in the groin?
- It's like trying to dress up a cat, with claws.
- It's like trying to keep a grip on a water worm (do you remember those things?)
- Running in quicksand?
- Or how about: It's like telling a cat to sit.
Why do so many of my teen parenting metaphors have to do with cats? Come to think of it, maybe it makes sense. They give affection on their terms. They come home only to be fed. They sleep all the time.... Maybe I'm on to something. 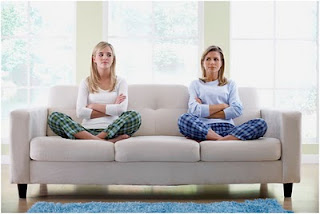 As a therapist who specializes in working with adolescent girls- I can tell you one thing parenting a tween or teen is not: EASY. You spend your entire life loving and nurturing this little being who depends on you for everything. And then one day you turn around and not only do they want NOTHING to do with you. But you're the singular most STUPID human being on the planet. Sound familiar?

Here's the good news- It's completely normal. (Or is that bad news?) Adolescence has been called "The Rise of Narcissism". Which I think is the most accurate description of a time period that (at any other age) would be considered mental illness.
To put it in layman's terms: Your child is SUPPOSED to fight against the powers that be. They are SUPPOSED to challenge, and push, and wrestle, and in general be uncomfortable in their own skin. Why? Because this is the launching pad for adulthood.
And just like the butterfly must claw, scratch and eat it's way out of the cocoon, the teen must struggle for their own new identity. 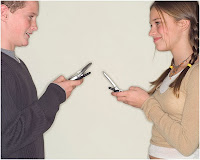 If they never cast off the rules/expectations put on them, then they will never figure out which of those they ultimately want to internalize. (And yes, they do ultimately end up internalizing a great deal of them). Does this mean you just give up? Accept their challenge without pushing back? Hardly. But what it does mean- is that the struggle is normal and, more than that: healthy. A teen who never pushes is not on their way to developing identity. So, on those days that you're ready to pull your hair out (or commit your first act of child abuse) just know- this is a good sign.*
Even more good news: If you feel like you don't recognize your teen some times, you're not supposed to. They don't recognize themselves much of the time. They're changing daily in their quest for identity.
If you're looking for more information on how to make this crazy relationship work, check out an older post of mine: "The Proper Care And Feeding Of Your Teen" Part I  and Part II 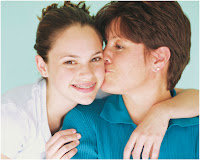 Wishing you sanity and ports in the storm,

*There are times when teen behavior signals a deeper problem that might need attention. I'll address this separate but extremely important topic later this week.