How Our Isolation Is Affecting Our Teens

Once upon a time, teens were warriors. I already wrote about that here and here. So let me try a different story. A sequel you could say.

Once upon a time, teens were expected to be productive. With a short life expectancy, and fertility approaching, teens were recognized as old enough to contribute. After all, they were strong, full of energy and passion, virile and idealistic. That's quite a force of nature packed into a young body.

They were meant to push away from the home life they have always known. They were programmed to do it for the advancement of humanity. After all, teens who rest on their laurels don't really ensure species survival. Right? (Read more about this in the excellent book by Dr. Siegel: Brainstorm)

This means that (I believe) every teen's parent has probably experienced this similar thing since the dawn of time- this painful, forceful separation as the teen experiments with emerging separate identity. It is normal (read: "What It's Like Parenting Teens and Tweens"). And you (as a parent) are in good company.

You know who isn't in good company? Your teen.

Because once upon a time there was a village of elders. There were apprenticeships of all kinds (formal and informal). Whether you were learning to be a mother, or a soldier, or a woodworker, or a shaman, you had someone older than you to guide you in that effort. Someone who likely knew your family. Someone who likely knew the teen since they were born. Someone who had a good idea of your family and tribal values, your culture and belief system. Someone who (likely without thinking much about it) ushered them across the threshold from childhood into adulthood. What a brilliant idea!

And (due to that pesky biological programming) it couldn't be their parent. The parent had their childhood, but someone else was the field guide who put the learning into practice. Any basic study of anthropology will tell you that most cultures had very sacred practices around this "emerging adulthood" idea. Coming-of-age ceremonies and excursions have been a part of the fabric of almost every people-group.

And then there's us. Our teens are in school and won't expect to begin learning about their chosen field until at least age 18 (often later). They are not surrounded by trustworthy elders, but by fellow peers. Just as lost as they are. Instead of building a civilization or stretching their muscles, they are told to sit and listen in a fluorescent-lit classroom and then sit and do homework later (which I think contributes to school shootings, but I digress.) And while I get the importance of formal education (obviously!) I also think it is worth asking ourselves what we ought to preserve from our heritage. 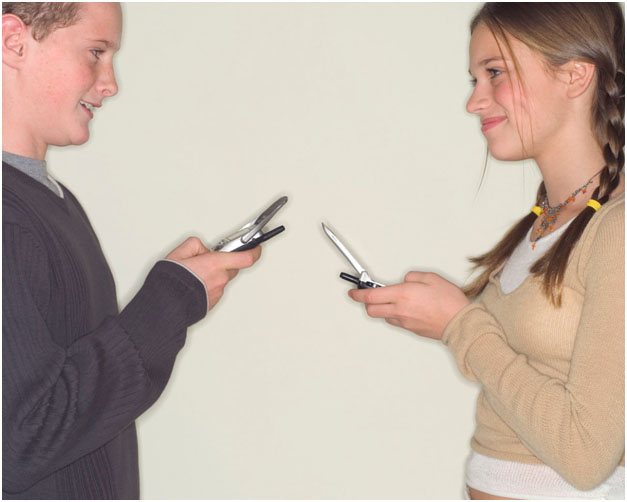 This is where I love my job. When I work with teens, I get to be a *small* part of repairing what was lost. I get to be a stand-in for that "village elder"- an adult who can be trusted by parents, but one who belongs to the teen alone. An adult who can be there for the duration- their threshold of adulthood. One who knows the values of their family. One who respects the teens emerging separate identity enough to encourage it.

I often have parents in my office who are playfully exasperated because they've "said that to their teen a million times" before I did! Why does their teen listen to me? And I have to smile and remind them that I have a fundamental advantage. They are not programmed to push away from me. They are programmed to hear me!

It is a role I feel privileged to play. The guide along an important path. The confidante. Support system. Cheerleader. Clear-eyed adult (who is not their parent, lucky me!)

If your teen doesn't have an adult they trust, consider how you might foster that. There are so many options in coaches, teachers, pastors, relatives, and even therapists. By building a village for your teen, the pressure is off! By intentionally creating a community of truth-tellers and advocates, you have created a web of support for you and your teen. When they push away from you, they have the arms of someone else to run to. Someone you can trust. Whew!

Wishing you support, community and a good sense of humor. Solidarity parents-of-teens!