Are you ready?
Here it is:
Chances are, you're doing okay at this life.
(I mean, maybe you won't win any awards any time soon. But, you're most likely doing more good than bad, and more right than wrong.)

And I wanted to tell you that because (I don't know if you've noticed?) that doesn't get said a lot.


Please don't throw something at me! I know, I know. This is hard to hear. It's weird, but people want to argue with this when I say it. So let me tell you what I don't mean. I don't mean you're perfect. I don't mean you should give up. I don't mean stop trying. I don't mean you have arrived. I just simply mean... you're alright. You're enough. You're worthy. You're lovable. Just you. Flaws and all. And no one wants you to know that.

You rarely read blogs, articles, books, or hear talks about the idea that your instincts are usually right and a moderate approach is usually wisest. You also won't hear that;
-there's countless "right" ways to parent healthy and adjusted children
-marriage is a unique dance between two people and therefore there is no single "best way".
-everyone gets depressed and/or anxious sometimes
-grief isn't an illness
-uncertainty is a human condition
... and the list goes on.

You know why? Because no one is going to make money on your contentment.

Sounds cynical, I know. But I like underdog causes. It's a weird quirk of mine. I like to find the tiny fighter with the touching back-story who has no shot and cheer for her.  And so, in this world where you hear all the ways you are not enough, I want to be the one to say- don't you believe it.

You are bombarded with daily messages of the ways you fall short. As silly as it sounds, imagine a day where every piece of media you saw (billboards, signs, websites, banner ads, google ads, radio, television... you get the idea) was dedicated to telling you GOOD things about yourself and your future. (First of all, that would be amazing and if someone knows how I can make that happen please message me.) But second, your entire day would be different. As it stands, you have likely heard a dozen reasons you aren't sufficient just today alone.

So please remember that gurus profit on your fear and sense of insufficiency. I know. I've tried writing a book called "Your Instincts Are Probably Right Unless You Have Unresolved Trauma In Which Case Get Good Therapy And Then Your Instincts Are Probably Right Once You Get Clear On Hearing Them." But it sorta fell flat after the title page. I tend to peak too soon. I notice it works better if you bury the worthwhile stuff on page 200 but that doesn't seem to be my style. 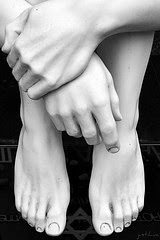 So if you needed an "expert" to say it, now one has! You have the stamp of approval.

And if you're not content and you want to work that out with a professional, by all means you should do it! But not because you're so broken and terrible; do it because you know what's best for you and sometimes things work out better when you have expertise and support.
But hey, YOU, and WHO YOU ARE AT YOUR CORE? You're alright in my book. ;)

Just had to say it! 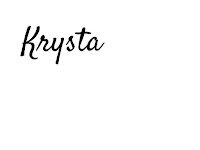