Remember when you watched the Truman Show and you were all like, "Wow, this place he lives is freaking CREEPY?" *

And part of you was kind of like, "Duh Jim Carrey how could anyone accept this washed-out version of life as reality?" But oh yeah, that was the point.

And you were cheering along with him as he searched for the ultimate reality... on his quest to find Truth!?

And then... this moment happened.

Immediately followed by this
And all of a sudden, his entire WORLD was just busted open. He realized, the reality he had seen and accepted was in fact, manufactured by another. And that a much grittier, more real, more unpredictable reality actually existed.

Well, I want you to have this moment. Track with me here....

This is your Facebook feed blowing up on holidays with pictures of perfect families doing everything cute. This is your Twitter feed blowing up with pithy comments from everyone who is doing something amazing right now. This is your Instagram account overflowing with photos of hotness, happiness, or cuteness in some way. Sure, it is a real photo. But it is a version of reality that another person wants you to see.

So here is what I propose: 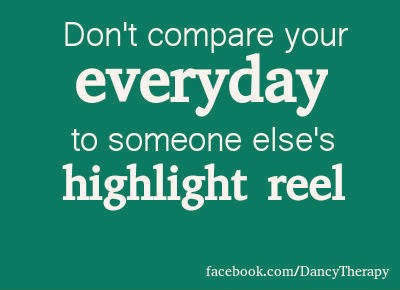 As someone who is in the "nitty gritty" with people on a daily basis, take my word on it: their crappy moments look a lot like your crappy moments. Neither of you post them online.

And oh, for the love of God, can we stop acting like something didn't happen unless it is documented by at least 2 social media sources? The truth is, the moments we are the most fully present are the ones there is no photographic evidence of. Don't misunderstand me, I love posting photos as much as the next person. But its not my reality. It isn't the moments that count for the most. The moment I drink in, is the moment I get out from behind my Iphone, and actually WITNESS the event happening. That is what builds a life. The photos are only a memento. The experience is what counts. 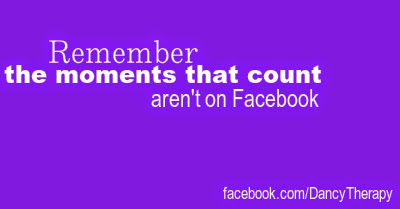 So for today. Give yourself a break, okay? You only get one crack at this crazy ride called life. (At least, as far as we know). So maybe, just maybe, it can be time to truly and fully inhabit the life that you live.
And let this:

*If your answer is "no" then you're too young. It's probably past your bedtime. If its not past your bedtime I don't want to hear about it because that means that people are old enough to stay up late and STILL not know what the Truman Show is... and that is not a reality *I* am willing to accept.